" One of the Largest Educational Campuses in the World."

In May 4, 2004 a decree N. 30/2004 was issued to establish a new university city in Shedadiya to include various colleges and scientific centers

as well as facilities to meet the absorptive capacity where HH the Amir Sheikh Sabah Al-Ahmad Al-Jabir Al-Sabah representing Sheikh Jabir Al-Ahmad Al-Sabah laid the foundation stone of City of Sabah Al-Salem University with the presence of former minister of Education and Higher Education Dr. Rasheed Al-Hamad on February 19, 2005. 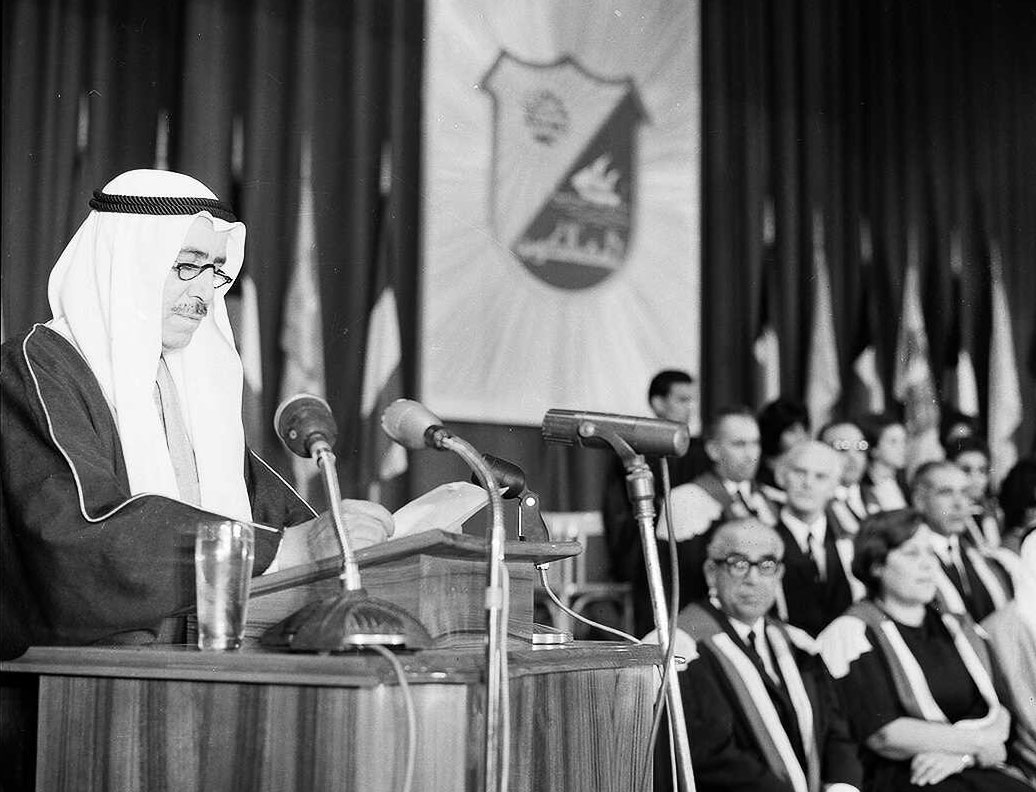 KU was established in October 1966 under Act N. 29/1966 regarding the organization of higher education and its laws and was officially inaugurated on November 27, 1966 to include College of Science and Arts and Education and College for Women. In April 1967 an Amiri decree was issued to establish two more colleges which are College of Law and Sharia and College of Commerce and Economy and Political sciences.

In May 16, 2004 another Amiri decree was issued to amend the college's name to Allied Health Sciences and after two years in February 1996 college of Pharmacy was established in KU while in May of the same year College of Dentistry was established under an Amiri Decree.

In June 2001, the University Council has approved to develop the programs of College for Women to offer scientific programs at recent disciplines that meet the requirements of the development plans and the needs of the labor market.

KU is striving to develop its academic programs permanently and continuously, thus College of Graduate Studies expanded its programs in 2000/2010 to present doctoral degree helping to provide a greater number of programs and disciplines that the society needs.

This is the bright procession of KU that provides it with the strength and motivation to continue to develop in the area of higher education in such scientific and academic harmony to create scientists and intellectuals at all scientific disciplines in order to be pioneers locally, regionally and internationally.

KU has witnessed a significant expansion in the number of scientific colleges that reached 16 Colleges with the issuance of the Amiri Decree to establish a College of Architecture in October 19, 2010, which includes two parts, the Department of Architecture at the Faculty of Engineering and Petroleum and the Design Department at the College for Women. Some KU colleges have received academic accreditation as they offer wide ranging programs in sciences and humanities at undergraduate, graduate and doctoral level

"One of the largest educational campuses in the world."